Losing my son, David Glasser, a Phoenix Police Officer, in a line of duty death was a tragedy.

Many people wonder if anything good can come from such evil.  I don’t wonder – God has actually brought several good things out of the loss of my son.  One of them is the gift of clarity for those of us who are left behind.

What’s important?  With all the choices I have with how to spend my time and money, what should I choose?

In my blog last week, I wrote about good choices.  Loving God and loving others – nothing is more important.  Believe me – this became crystal clear when my world exploded.

Bad choices also became crystal clear.   Some of the ways people choose to spend what is possibly their last day on earth are so worthless and petty.

That’s enough.  You know it.  You could write the rest of the list for me.

None of this stuff matters.  None of it contributes to what is good in this world.  None of it helps – it only hurts.

I have trouble even writing about the bad stuff people do because then I’m focusing on it and there’s so much of it and my mind starts going down that road of disappointment and negativity.

So I turn my thoughts to what is right and good and worth it in our world.

I pray for all of us, Father God, that you would open our eyes to how important it is to spend the little time we have on this earth wisely.  I pray that you will make our hearts wide open to love you and love others.  Please shine your light into our lives.  Bring boatloads of love and kindness into our lives so we can share it with others.  Through you all things are possible.  Thank you, Father, for the gift of clarity. 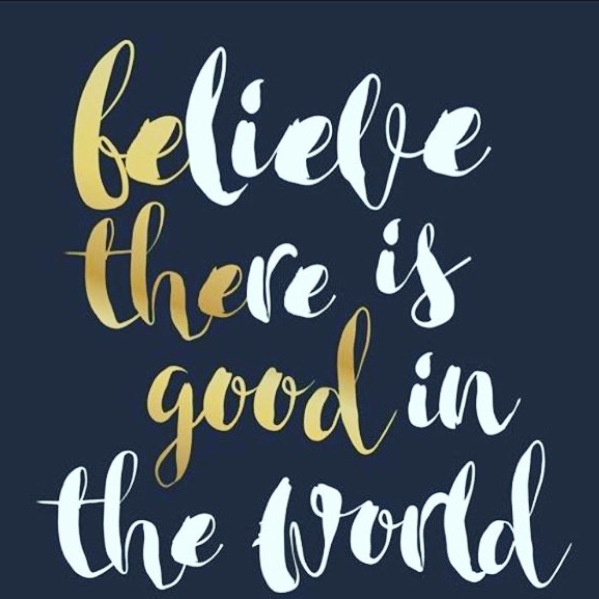 My world blew up on May 18, 2016 when my son, David Glasser, a Phoenix Police Officer, was killed in the line of duty.  My hopes and dreams crumbled into a pile of painful pieces and everything changed. 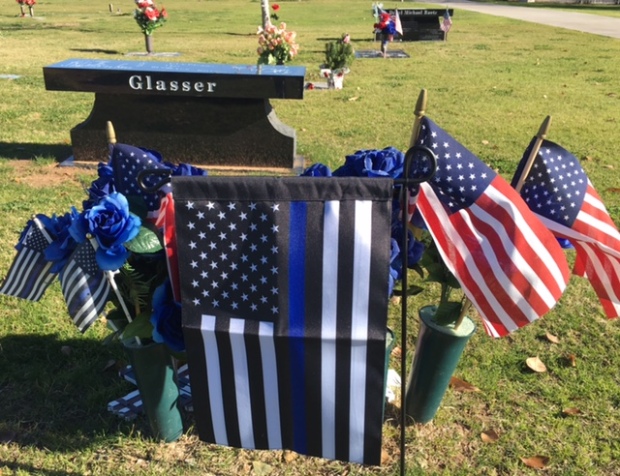 Nothing has been the same since that day.  So much grief, so many tears, such a huge hole.

But, as so many things were lost and stripped away, one thing became crystal clear.

My time on earth is very short.  I am not guaranteed tomorrow.  The people I love may not be here tomorrow.

I need to have my priorities straight.  I need to understand what is most important and make sure I’m living to make the most of each day.

God comes first.  He is my Rock and his love for me is the only thing that didn’t shake on May 18, 2016.  He has been my constant companion as hurt and questions and confusion and change have swirled around in my life these last two years.  I don’t need to understand, I just need to trust him.  He’s got this.

Next –  loving other people.  God tells us to love him and to love others for a reason.  God and people are the only things that really count.  All the other things – money, success, houses, stuff – is temporary and just not that important.   People are important.

Love is important.  Davey’s legacy of ‘Love you’ has drastically changed my life these last 2 years – saying it to others and having it said to me.  Before Davey’s death my ‘love you’s’ were reserved for only those closest to me.  After his death, I realized that its important to love all of the people around me and they need to hear to it.  So I speak love a thousand times more I ever did before.  I say it and write it to crowds of people who would have never heard those words from me.  And I mean it.  I want the best for you.  I care about you.  I want to contribute to the love in your world because you’re important.

Hearing ‘love you’ from so many of you has been a game-changer for me.  I didn’t realize how much of a difference it has made until I went to Washington, DC last year and met with a group of other mothers who had all lost their police officer sons in the line of duty.  I shared the grief and loss with them.  But I never experienced the dark and hostile place filled with anger and bitterness that many of them were in.  I’m very glad about that – it was hard to even be in the same room with all of it.  I give thanks to God for helping me avoid that negativity and I also give a lot of credit to ‘Love you”. 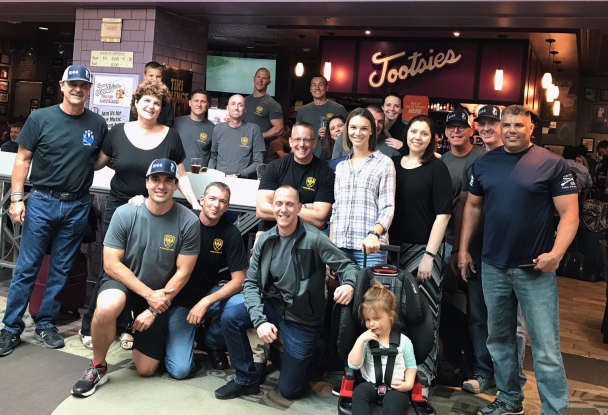 It’s hard to be negative when you’re surrounded by love.

It’s hard to be bitter when people all around you are telling you they love you.

It’s hard to be angry when you’re focused on loving others and being loved in return.

I am so grateful that Davey gave us ‘Love you”.  It’s a God thing – God knew it would help us not only survive these last 2 years but also thrive.  We have loved each other well and it has changed everything.

What should I spend my time doing?

What should I spend my money doing?

I am sharing this gift of clarity with you today because today may be my last day.  It may be your’s.

When it happens to someone we know, we often don’t know what to say.   We need to say something – it has to be acknowledged or it feels really wrong – the elephant in the room.

We should think about what we’re going to say ahead of time.

I know.  Many people have said weird or not-helpful things while trying to be nice to me since my son, David Glasser, who was a Phoenix Police Officer, was killed in the line of duty on May 18, 2016.

When tragedy blew my life apart, many of the people I spoke to afterwards would say ‘So sorry for your loss.”  I used to think that this sounded unoriginal and trite but, after experiencing some of the other things people say, I realize it’s a good option.  When you say this, you are recognizing my loss and sharing an emotion.   I say it myself now.   Actually, I often just say “I’m so sorry” to someone who has just had a loss or tragedy.  They know what I’m referring to – it’s all they can think about.

There are other things people say which can actually hurt – poking at my bruises.  Some days whatever people say doesn’t bother me and other days……….. saying things like these can make a dark day worse:

“There’s always a reason.”  Really?   Am I supposed to be glad he’s gone because there’s a reason?  I should stop crying because it’s all working out great now?

“Time heals all wounds.” Really?  All of this pain and grief is going to go away?   It’s going to turn into a scar that doesn’t hurt anymore?  I  personally think ‘heal’ is the wrong word to use with loss and grief.

“He’s in a better place.”  My head knows that.  My heart has been shattered into a million pieces and it aches a little bit more when you remind me that he’s not here with us, with me.

What should we say?

“Weep with those who weep”.

Let your heart break for those who are heart-broken.

Hold tightly onto anyone is who is lost in pain and grief.

Give us grace when we are not gracious.

Forgive us when the anger boils over.

Be patient with us when our frustration shows.

Understand that it’s hard to focus sometimes when the emptiness is overwhelming.

Don’t ask us to let you know if there’s anything you can do – if there’s something you want to do, just do it.

Don’t tell us about a different tragedy – your’s or someone else’s.  We are struggling to deal with our own.

Don’t give us advice unless we ask for it.

You really don’t have to say much.

Just love us unconditionally, no matter how we respond.

And weep with us.

He Shines In the Darkness