For several months after my son, David Glasser who was a Phoenix Police Officer, was killed in the line of duty, I hated small talk.

I couldn’t stand it.

It was all so trivial.

You went to the store.  So what?  You talked with your sister.  So what?

It was all so, so trivial.

So my thoughts would often get lost in what I call ‘the swirl’.

Grief, questions, pain, loss and confusion would start swirling through my brain.  Once in a while I would get fixated on a certain thought.  I would focus on it and think about it all day – it was suddenly extremely important.

Until my mind started swirling again.

I’m thankful that God gave me the wisdom to not communicate most of the things rolling around in my head  during this time.  Because what I was thinking wasn’t real, it wasn’t true – it was just my brain working through all of the stuff that was happening and figuring out where to file it.  My mind was sifting through what just happened and coming to a new reality.

The swirl began as soon as we were told in the hospital that there was no hope of recovery for Davey..  I remember walking past hallway after hallway crowded with people and only seeing bodies – no faces.  Police officers were everywhere.  Strange doctors were trying to explain inexplicable things to us.  One of the lights that we were blessed with was Police Chaplain Bob Fesmire.  Every time I see him, I thank him for what he did for my family that night.

Chaplain Fesmire walked with us through those long, so very dark hours in the hospital.  He could tell the doctors sounded like, ‘blah, blah, blah’ to us, so as soon as they left the room, he would translate what was just said into terms we could understand and deal with.  He helped as us we took each step.  Every time he would ask us if we wanted him to pray for us, I said ‘yes’.   And his prayers calmed me, reminded me that God was in control and that God was also walking right beside us.  I am very grateful for that – because I had no words. 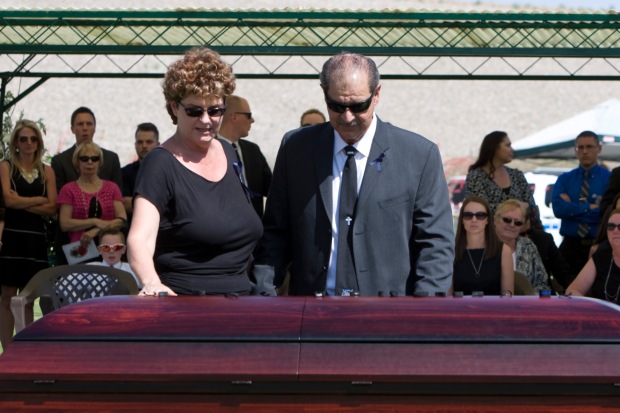 The swirl gradually tapered off as the weeks passed and my mind figured out my new reality.

I have a new understanding of people who have just suffered a sudden loss or tragedy.  I can see ‘the swirl’ in their eyes and I know that their brain is still processing what has happened – what they say may or may not be true and it will probably all change as they come to terms with their new situation.  Their current mental reality is a jumble of grief, shock, anger and bewilderment.  It’s  going to take some time for them to put the shattered pieces of their lives back together in a new way.

People in ‘the swirl’ need love and understanding  – and awesome chaplains like Bob Fesmire who can walk beside them.

3 thoughts on “The Swirl”