One of my favorite things to do is share great memories of Davey with people who really knew him.  It feels good and I’m pretty amazed at what I hear sometimes.  I have learned some very precious things about him from other people.

David Glasser, my son, was a Phoenix Police Officer who was killed in the line of duty May 19, 2016.  Recently, a bunch of his squad members, friends and my husband and I spent some time at ‘Davey’s spot” in the Phoenix Memorial cemetery to remember him together on the second anniversary of his death.  As we shared stories, I learned something new about how much Davey cared for all of us. 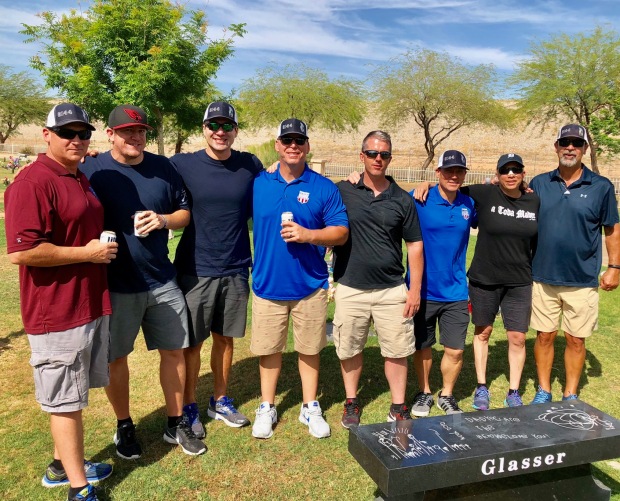 A little background on this – Davey always took care of my husband and my cell phones.  He would tell us it was time to order new ones and then he would order them for us since we were all on the same plan.  When the new phones came in, he would transfer our data and then he would sell our old phones for the difference so we never paid anything for our new phones.  He would also make sure we kept the boxes and had good covers and cases for our new phones so that he could resell them for top dollar.  He was great at it and it was a big help to us.

Since Davey has been gone two years, just a month ago my husband and I decided it was time to figure out how to get a new phone for ourselves.  Yuck!  We really missed Davey handling all of this for us.  Luckily we’re retired because it took us about a week and a couple of trips to Verizon to get it all worked out.

So, on May 19th, when we were sharing great memories of Davey at his spot in the cemetery, imagine my amazement when I discovered for the first time that he did all of this for a bunch of the people in his squad.  He ordered phones, transferred data and then sold phones so it didn’t cost anything for a whole group of people! 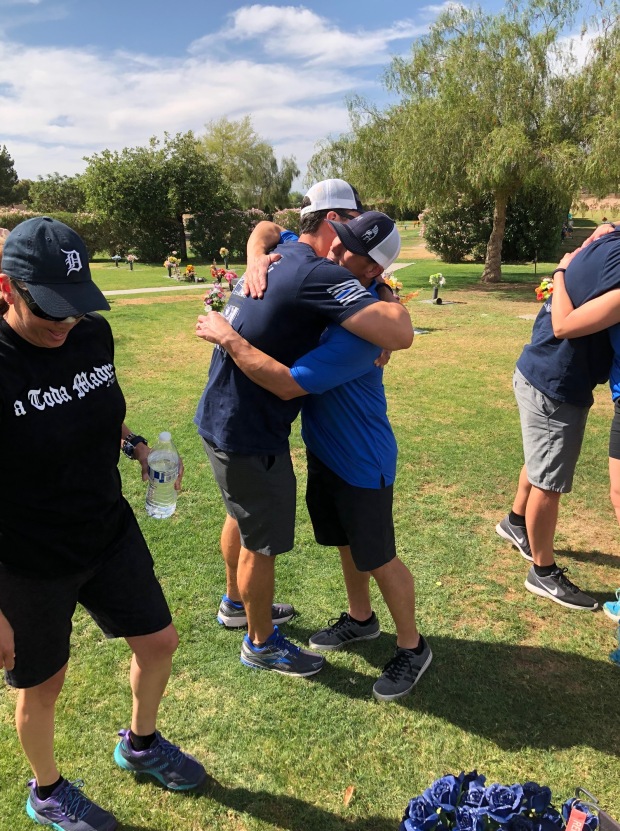 What a unique but important way to show how much he cared for us!  It’s like he had his own little new cell phone service going on and I never knew it.  He must have realized what a pain it was for many of us and he liked doing it so he did it for all of us.

That is so like him!  He loved us and cared for us in any way he could, not making a big deal out of it.

Davey leaves behind a legacy of saying “love you” and backing that up with action.  Let’s all follow his lead.

2 thoughts on “Taking Care of Us”