It has been one very long string of losing one thing after another.

My son, David Glasser, was a Phoenix Police Officer who was killed in the line of duty on May 18, 2016.  Since that day, I have been in a constant process of losing things that connect me back to the time he was alive.  And each loss hurts.  Each loss touches the places that are broken in my heart.

I don’t think it’s ever going to stop.  My husband and I lived very close to Davey and his family the last 5 years of his life.  That was a huge blessing.  It also caused our lives to be closely interwoven with each other – many, many connections.

And I’ve been painfully losing these connections to Davey – one by one – these last 2 1/2 years.

I know there are many connections that I will never lose.  These connections are with Kristen and Micah and Eden.  They are with my family, Davey’s friends, his squad and our blue family.    God has richly blessed me with these important relationships and I am very grateful for them.

I will never lose the great memories and fun times we had with Davey.  I will always treasure those.

All of this does not take away the grief of losing each thing, one after another.  Most recently, Davey and Kristen’s first dog, Scout, died.  They bought him right after they got married when they heard that their apartment accepted dogs.  Then they discovered that the apartment accepted one-year-old dogs, but not puppies.  My husband and I looked at our first little grand puppy and had no other option than to keep him at our house for a couple of months until Davey’s lease was up and they could get a different apartment.

Of course, this also meant that we house trained Scout.  He was a smart little Jack Russell but he didn’t catch on as quickly as I had hoped.  I remember he and I having several heated discussions over puddles on my tile.

Scout was there through every stage of Davey and Kristen’s marriage.  Scout adjusted as they adopted more dogs which were 100 pounds larger than him but he never gave up his alpha dog status.  He moved with them through first apartments and then the house they built and on to another home.  He was there to welcome their two babies home and loved the toddlers even when they tried to pull his tail.  Tears roll down my face as I remember how much Davey loved to throw Scout’s ball high and watch him fly across the room to catch it.

We have lost so much. 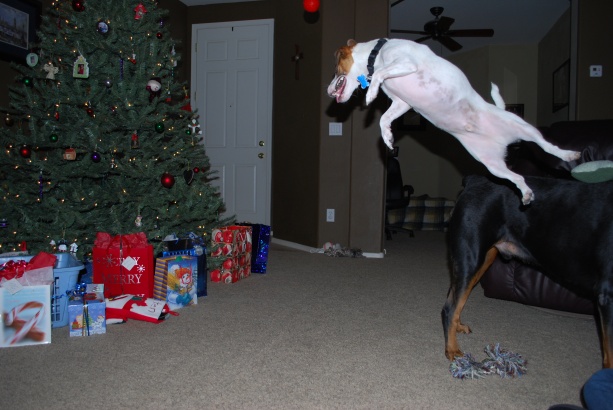 So now Scout is gone.  One more thing.  One more connection to how life was before Davey died.

3 thoughts on “One More Thing”

How Can I Know the Way?

Children of the Light