It happened again recently.  While talking with someone I just met, the subject came up and I said my son, David Glasser, was a Phoenix Police Officer who had been killed in the line of duty almost 5 years ago.

Sometimes the pain feels like yesterday.  It’s very hard.  And saying it makes it more real.

For weeks after Davey’s death, I would wake up every morning hoping that it was all just a very bad dream.

Praying that it was all a nightmare that I could wake up from. 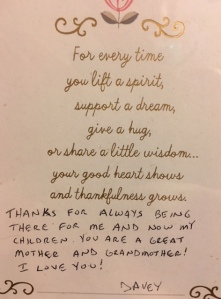 Every morning I would open my eyes and look around my bedroom – hoping I wouldn’t see the frame on my dresser which holds the last Mother’s Day card I’ll ever get from Davey.  The one he signed “I love you”.

Every morning I would hope I wouldn’t see his memorial picture that hangs in my kitchen.  He had such a great smile.

As I looked around, I was hoping that I wouldn’t see the folded flag in the flag box along with his Medal of Honor.

But I saw the card and the picture and the flag everyday.

Because it wasn’t just a very bad dream.

The nightmare is real.

And I know the nightmare is still very real to a whole group of us who knew Davey well and loved him.  I can see it in your eyes.  Our hearts are broken.  We can’t go back to our old lives because Davey is not there.  It’s like a dimmer switch has been turned down on the light and laughter and joy in our world.

You feel it, too.

I don’t know how people can deal with tragedy like this without faith in God. I believe that Davey is in heaven with his Father God.  With my Father God.  Davey is there with my mother, father, stepfather, brother and many more of my family and friends who have gone home before him.  He recently had a reunion with his grandmother, my mother-in-law. I believe that God is in the process of bringing good out of the evil that was done.  I believe that I’ve been left behind because God has a part for me in this plan. 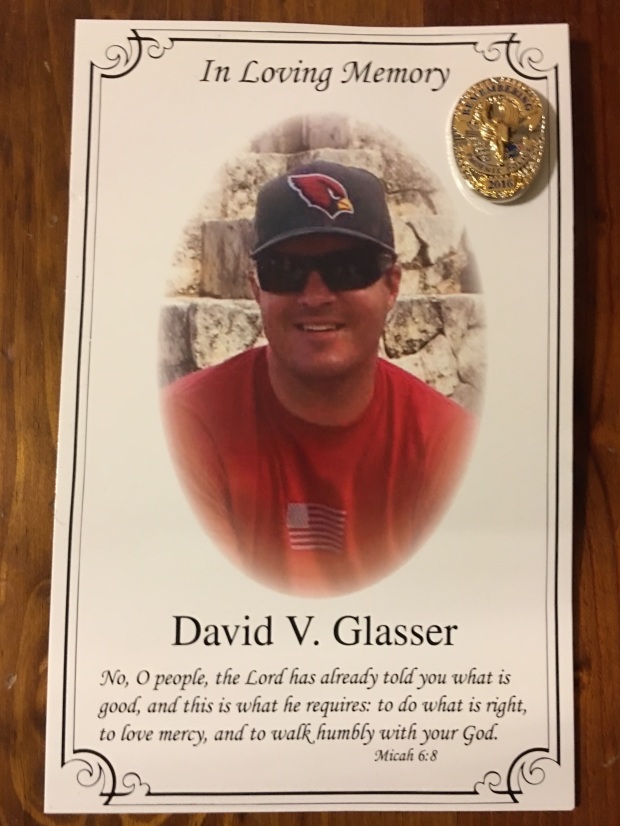 Davey walked into my dream a few months after he died.   In the dream, I was sitting at his kitchen table with his wife and tiny daughter – all the ‘girls’.    It felt very real and much like one of the many times we would sit around the table and talk.  Then Davey walked in and sat down.  He gave us a big smile.  He didn’t say anything.  He just smiled at all of us.

I remember my brain jumping around, realizing that this shouldn’t be happening.  Maybe everything else really was all just an extremely bad dream!!

It felt so real.  The explosion of hope in my heart was so strong that it woke me up.

And the nightmare was back.  The card and the flag and the picture were all still there.

Sometimes I just want to live in that dream.

But Davey’s big smile stays with me.  He’s happy.  He is in a place with no sadness, pain or nightmares.  The battle between good and evil that he committed his adult life to here on earth is over for him.  Where he is, the good guys have won.  Davey has won.

On the day that is already determined for me, I will see him again.  It will not be a dream, it will be my new, eternal reality.

I know he would like to see you again, too.

4 responses to “My Nightmare”